We've been busy these past months creating a new skin for the Flukso web site. The time has come to deploy the design to the live server. So brace yourselves for an extreme makeover. Since this update requires a rather significant update of the server code base, we have scheduled a maintenance downtime from 21h to 24h CET (19h to 22h UTC) on April 2nd.

After shedding blood, sweat and a couple of tears in the development of the Fluksometer v2, a.k.a. FLM02, we are proud to announce the immediate availability of this new and improved version. European customers can purchase these devices directly through our web shop. People in Australia and New Zealand will be able to obtain a unit via the Rowetel shop shortly. Please note that the Fluksometer does not come with any current clamps. So make sure you order the correct quantity and type of clamps. Further details can be found here. 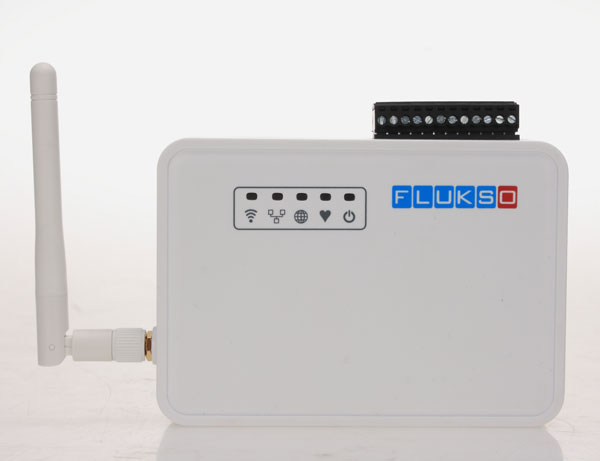 At the previous elektro:camp in Stuttgart, the TNO researchers in Groningen volunteered to organize the first elektro:camp in the Low Countries. This means that the third edition of the barcamp will be held in Groningen on Friday 4 and Saturday 5 November. Signing up is as easy as adding your name to the list. Hope to see you there next month! 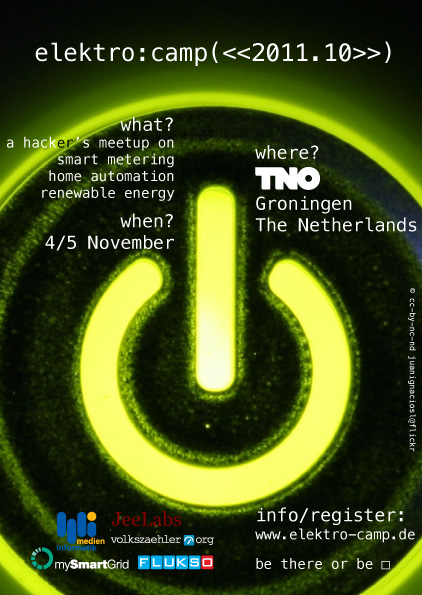 With the first edition of elektro:camp in October 2010 being a blast, we had already forged plans to organize a sequel of the event in 2011. We initially thought a yearly gathering would be appropriate. The fields of smart grids, home automation and renewable energy are however evolving at quite a rapid pace. Combining this with people anxious to show off what they've been working on for the past six months made us decide to already hold a second elektro:camp at the end of May. Christoph Lindenmüller from the Hochschule der Medien in Stuttgart volunteered to be the host this time. Having a place and a date means that elektro:camp(<<2011.05>>) is now official! Further information about the event can be found here. Registration is again free and can be done at the same url. 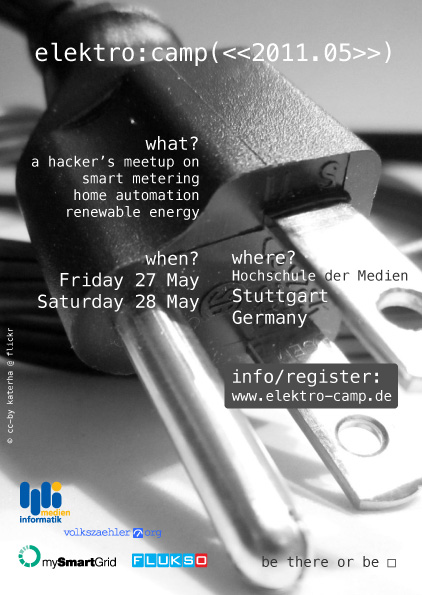 EC10 was a barcamp for people working on open source smart grid technologies. The event took place on the 29-30th October at Fraunhofer ITWM in Kaiserslautern. We had a.o. people from the Volkszaehler, Fluksgronians and MySmartGrid open source projects presenting their ideas and demonstrating the technologies that instantiate them. From converting a Dockstar into a home energy server, using a bunch Jeenodes/AmICAs or 6lowPAN for wireless home sensor networking, reading out the optical interface of a German eHZ energy meter, to combining the UART port and strace to detect pulses coming from a DIN-rail electricity meter. 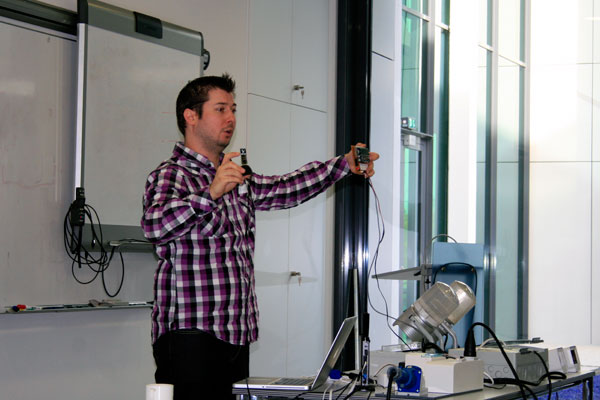 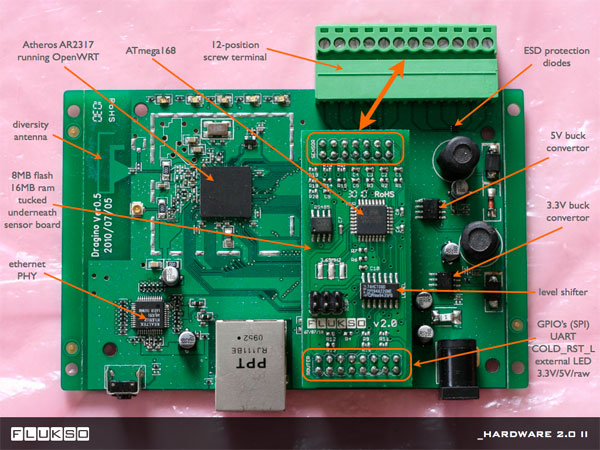 I think I might have picked up a rumor that plans for an EC11 are already unfolding...